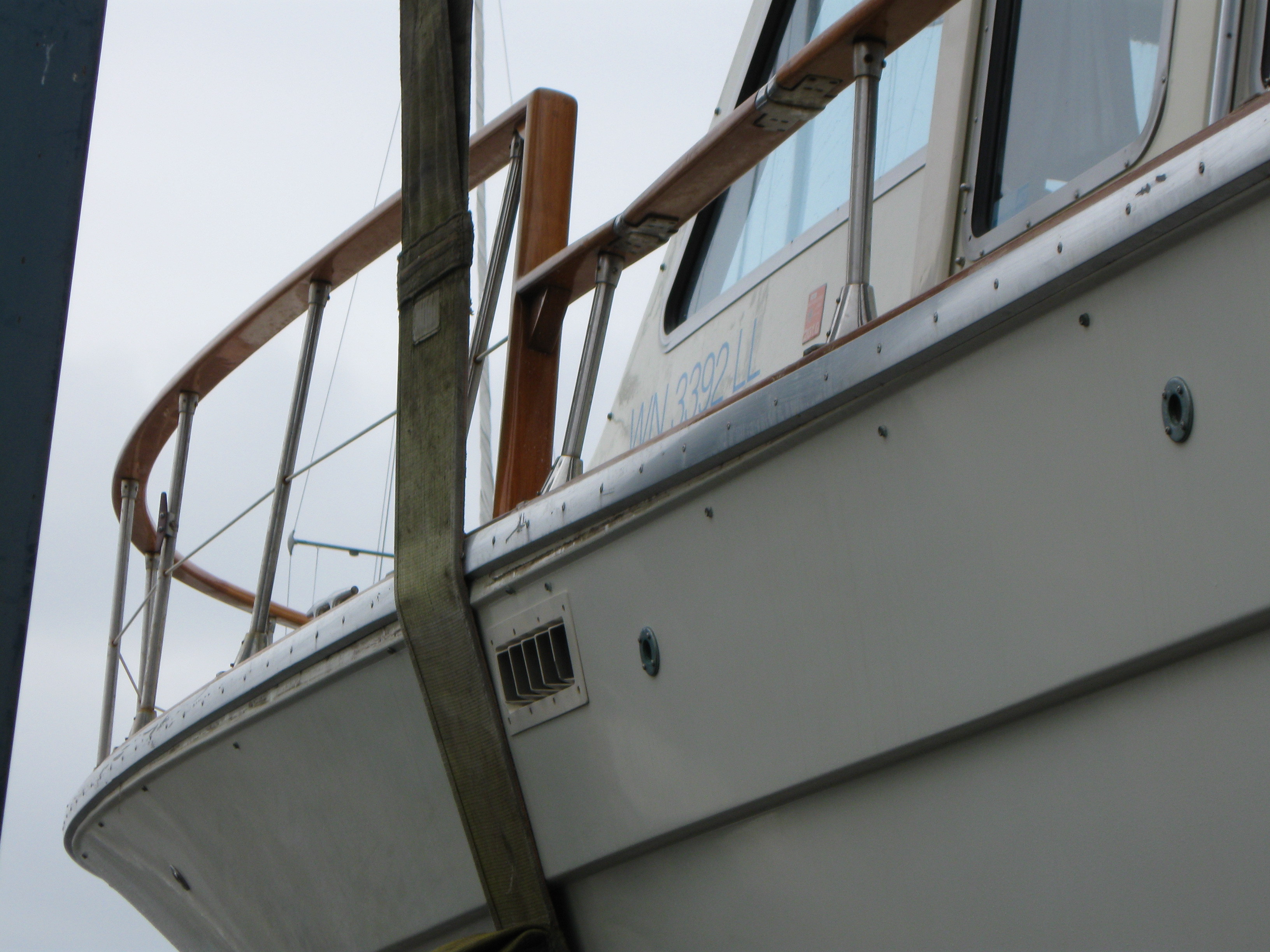 Dear Scott,
this letter should serve as to give notice to request reimbursement for damages to my boat a 1980 48 foot Tollycraft powerboat that were caused by improper operation of the Port of Everett operated Travelift on Tuesday April 20th 2010 at approximately 9:30 a.m. at the port’s original haul out location in the South basin in front of Harbor Marine. I believe the cause of the issue was improper operation of the Travelift creating unacceptable pressure points and pinch points on the hull, resulting in otherwise avoidable damage.

Operation Deficiencies
I believe the cause of this damage was a result of improper Travelift operation, inconsistent with the norms of such operation and showing a deficiency in expertise and experience with such a device. A non-exhaustive list of deficiencies that I observed is noted below and is either documented as part of the photographic evidence or could be provided by expert witness as required.
• Failure to use cushioning blocks around the aft splash/rub rail to avoid pressure points on this hull appendage resulting in damage item #3 .
• Failure to recognize and communicate to the boat owner the marginal nature of the Travelift being used for the lift.
• Failure to use the least risky and optimal equipment for the job.
• Failing to take every precaution upon identifying the marginal nature of the Travelift chosen for the haul. The 35 ton lift used has the lifting capacity but only offers an inside width of approximately 17’4” on a vessel that has a beam of approximately 15’2” at the point of the forward lift sling. This narrow angle fundamentally creates a pinch point at the rub rail that can be somewhat mitigated by the use of lifting blocks but would be best avoided by using a lift with an inside width of 21’6”, greatly easing any pinch points in the lift.
• Failure to use cushioning blocks at the rub rail to help mitigate the foreseeable pinching forces that would be present.
• Failure to select the operation of a more suitable lift that was available onsite for use.
• Failure to point out, communicate and recommend the use of a more suitable lift to the boat owner. A lift that was onsite and operational.

Recommendations for the future
As Vice Commodore of the Tollycraft Boating Club, one of the largest boating clubs in both the Northwest and State of Washington, I feel I have a responsibility to encourage the following safety related items below. While accidents do happen and none of us are perfect, I’m sure we all share the common goal of preventing such occurrences in the future. I’m sure we are all thankful that only property was damaged in this example. Property that can be repaired to everyone’s satisfaction. We all want to avoid personal injury but I think we must recognize that deficiencies in operational standards do not discriminate in their victims.

• Ensure that all Travelift operators are fully trained on the equipment and recertified whenever a significant gap of time has elapsed since the last usage of the equipment.
• Pair less experienced operators with those who have a proven experience with both the equipment and a broad spectrum of expertise in lifting various boats.
• Enact a policy of ONLY pairing larger boats with equipment most suitable for the job. Stop hauling boats with wide beams using the older narrower equipment.
• When accidents happen, foster an atmosphere of information sharing, both among Port staff but also with fellow Travelift operators in the Puget Sound area. Since the time of the lift issue, it has come to my attention that Seaview boatyard would only have allowed me to have my boat hauled at their facilities that have a larger lift than the one used at the Port of Everett. Had the Port of Everett been aware of this policy it might have made the deficiencies in the current operating policy more visible. 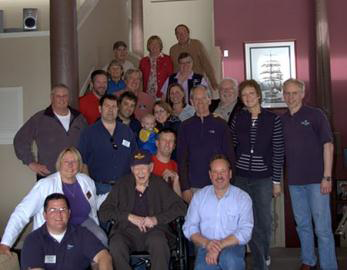 Port Ludlow is always such a fun cruise. Sure its early spring and the weather can be a bit un-predictable, but as they say, if you don’t like it, just wait 15 minutes. It’s hard not to fall into the right frame of mind when you come into the harbor and know that our good friend Tolly is watching up on the hill. I came into the harbor and was directed to a slip across from the fuel dock. It seems the wind and current is always blowing in that section of the marina, but I backed her in after a couple minutes of figuring out just exactly what the wind and current had in store for me. It’s always nice to have a hand and Jim, Marilyn and Steve Holmes were all there to lend a hand and provide real time advice. About 15 minutes later I hear John Semasco on the radio looking for a slip. I’m sure the wind must have died right as he entered the harbor, because he took one shot and pulled right into his slip as if it was his home port.

The sun came out that afternoon and we decided to hold our evening potluck out on the dock. Why not take advantage of the weather when you get a chance! We set up our tables and got to work on dinner. The food came out and everything was set, just in time for the afternoon shower. We thumbed our noses at Mother Nature and stood like turkeys in the rain. For awhile anyway… We finished up our evening by joining the Port Ludlow yacht club at their new bar located below the Harbormaster Restaurant. While relaxing in front of the fireplace we all watched some of our newest members in ―Island Joy‖ bring their boat into Port. It was great to meet Jon and Laura.

Saturday came and our motley group of loyal Tolly mini cultists was joined by the Tolly land cruisers for lunch at the Harbormas-ter. We were joined of course by Tolly himself and his caretaker Scott. We could tell right away that Tolly was in great spirits and we were not to be let down. I caught Tolly at his table with a group of fans salivating on the edge of their chairs. Something was going on, and it seemed to involve ALL of the silverware to be had within arm’s reach of any nearby table. Turns out it was a ―not quite to scale but close enough‖ recreation of Tolly’s last slip and a lesson on the finer points of using wind, current, tide and all other available resources to maneuver a 48 into its slip within a very narrow fairway. The report I heard later was impressive and topped off by the fact that at the end of the lesson, Tolly turned to Jonathan Finch and handed him back his own set of silver-ware, Tolly knew the owner of each piece!!! It was a great lunch.

Sunday came and with it some nice weather. So nice in fact that a few of us refused to go home. Steve Monrad in Jollymon, the Semasco’s in Tollytime and myself in Otter continued on to Point Hudson were we stayed until Monday.

If you have been thinking about joining us for a mini, I can’t recommend it enough. Next up…Bell Harbor!!!

Note: On the chart you might have noticed the missing GPS heading out to Ludlow.  The problem was found when glancing at the mast and noting the GPS receiving antenna was lying on its side.  A little wrenching has the GPS cooperating again.

No boating or boatwork.  Flying off to Arizona from April 7-14.